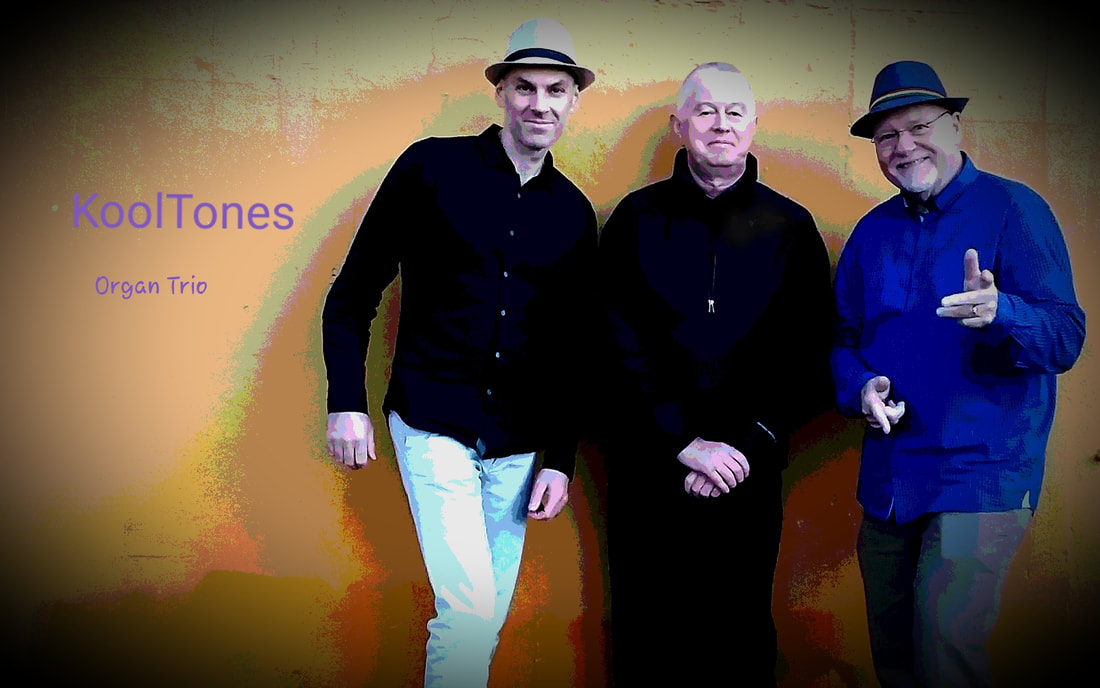 KOOLT0NES Organ Trio
​
The KOOLTONES Organ Trio is comprised of three professional musicians who have played together for over 15 years with in various music groups in the Nelson region. This trio is not just a party band...but an ensemble inspired by organ based artists. Exploring new grooves with such artists as Jimmy Smith, Al Green, Booker'T and the MG's, Santana and the Pedler's Trio has transformed the KOOLTONES Organ Trio into a band of contemporary distinction...bringing to the stage innovative retro-organ sound to rock, pop, jazz, funk and blues genres. Recent inspiration for this sound has also come from the Deep Blue Organ Trio and Organisimo Trio based in the New York City area. ​

Barry Korcheski (organ and vocals) began his career at the age of 16 in Niagara Falls, Ontario and has since toured the  United States, Canada, Australia and New Zealand as a soloist and with a variety of bands. Barry has performed on several cruise ships as a pianist/vocalist. He also performed at the Vancouver International Jazz Festival and several times at the Nelson Jazz Festival. Now based in Nelson, Barry is active throughout the music community in the Nelson/Tasman region. Since a teenager, Barry has maintained a passion for organ jazz, funk and blues after hearing the famous jazz organist, Richard Groove Holmes at a bar in Toronto.

John Rowburrey (guitar) started playing guitar as a teenager in the 70's back in Wales. By the early 80's John was playing in clubs around South Wales improvising in new genres of pop, soul, funk and disco. During his travels to Africa in the mid 80's John got into the local rhythms of Sudan, Zaire and Kenya. The 90's were spent in Adelaide, Australia where he studied jazz. John is active in the Nelson music scene and has played in several Nelson jazz festivals.

Simon Terrill (drums/percussion) played with a number of bands in the Christchurch area. He has a certificate of performance from the Christchurch Polytech Jazz School and has worked as a studio musician over the past 30 years. Simon has played in a number of shows such as Les Miserables, Grease and Christmas musicals. He has performed in the Christchurch and Nelson Jazz Festivals on several occasions and is actively involved in the music scene in the South Island.

To hear Kool Tones performing at the Rutherford Hotel in Nelson, NZ click on the link below: